A New Wave of Growth: Can Blockchain Bring the Asian Tigers Back? 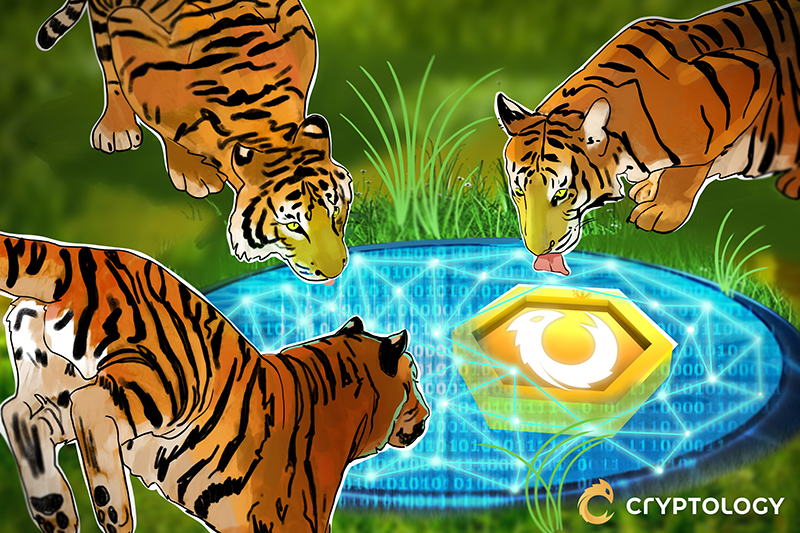 Panelists of Blockshow Asia 2018 convened to discuss the resurgence of the Asian tigers, largely due to the advancement of blockchain technology. The panel comprising Sinhae Lee, Founding Partner at global cryptocurrency fund GBIC and Block72 International Blockchain Consulting; Jason Fang, Managing Partner at Sora Ventures, Founder & CEO at Sora Foundation; Robin Lee, co-founder of HeliGold, a wealth management and financial inclusion provider, Thomas Lee, founder of Fundstrat, a financial strategy consulting firm; Chia Hock Lai, President of Singapore FinTech Association (SFA), Chairman of Token Economy Association and Zing Yang, who sits on the Board of Directors at the Litecoin Foundation delved into the potential of blockchain being a conduit to bringing back the prominence of Asian tigers.

Among the four ‘Asian tigers’, a term coined to describe Asian economies, which experienced industrialisation since the 1960s —  Singapore, Hong Kong, South Korea and Taiwan – Taiwan is the one that falls furthest behind its peers. However, an optimistic crypto outlook could see a resurgence for Taiwan in terms of new wealth and productivity avenues. Among Singapore, Hong Kong and South Korea, blockchain presents new opportunities for ventures to explore new business models and market penetration tactics.

Mass adoption in these markets still stays a challenge. “The timeframe where people are doing ICOs everyday is crazy and it’s understandable that China bans it. The next step would be to offer licensing to low-fruit infrastructure that prevents money laundering. Until these bridges to buying crypto are made accessible and turning speculators to users, mass adoption will be unlikely,” said Jason Fang.

Market players will also need to be adaptable and be aware of navigating around local regulatory mishaps. “Passporting of financial products, where the ability to sell something is unregulated and you could potentially breach local regulators. You have to be on the ground and can’t do the Tencent or WeChat model, where it is an unregulated product and that will take some time before blockchain can be mass adopted,” said Robin Lee.

On which markets will take blockchain advancement to the next level, Sinhae Lee feels the mass adoption will likely to be in South Korea and Singapore, with the United States and China fronting technology capabilities.

The UAE is forcing all ministries to create blockchain use cases, and is a market with untapped potential, according to Lee. Russia and China present massive potential with the abundance of technical talent, according to Fang. Latin America, with a growing and active crypto community, could potentially be a region where blockchain can be applied to various government use cases, says Thomas Lee.

The consensus among the panel was that should blockchain flourish and accelerate developments, Asian markets would be the economies that propel it to widespread adoption.