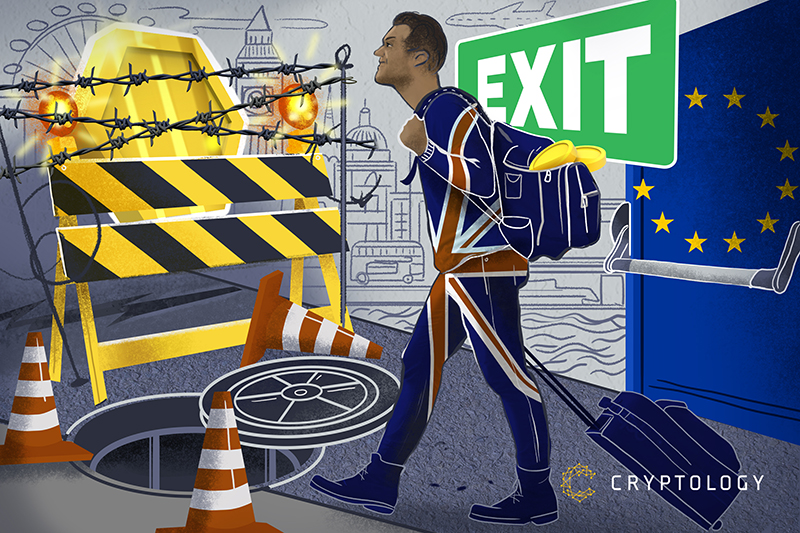 What does the uncertainty of Brexit mean for the cryptocurrency and blockchain space, which is igniting a flurry of global speculation and resistance?

Although economic policies and legal proceedings have been hazy and slowly drawn out, it is certain that Brexit will present a host of complexities to the cryptocurrency space. UK financial authorities have full intent to embrace and adopt EU regulations according to Bloomberg.

According to Gordon Law, a legal firm specialising in Brexit and financial regulations, cryptocurrency businesses including exchanges and ICO-funded start ups are expected to adhere to the same standards as conventional financial institutions. Under these provisions, crypto traders must reveal their identities and due diligence will be conducted on buyers and investors.

A new role for digital currencies

Unlike conventional financial instruments, crypto assets are not highly regulated in the majority of EU member states. Controversies such as tax evasion, terrorist financing and money laundering are on the radar of many regulators and Brexit will jolt the country into evaluating its trade partnerships and foreign investments with more caution and accountability.

“What some will bill as censure, the cryptocurrency community will deem as a stamp of approval that finally recognises the pivotal role that digital currencies will ultimately hold for the global economy,” says Nicholas Gregory, CEO of Commerce-Block in an interview with Business Insider.

Brexit, to some extent, will give the UK decision-making capabilities on areas that the EU is slow to decide on, with regards to blockchain or crypto regulations, and adoption. With this feather in their cap, the UK is poised to be ahead of the curve in Europe when it comes to technological advancements.

As the UK is seeing an upheaval of major financial institutions to other EU financial centres such as Paris and Frankfurt, London is today solidifying trade alliances with other countries including  Brazil, China, Cyprus,  Israel, Malta, Russia, Singapore, South Africa and South Korea – all countries with a relentless dedication to implementing blockchain with ease and transparency. The Financial Times cautions that the UK will need to prioritise its post-Brexit trade deals with stealthy consideration.

The China Daily anticipates that the UK will forge stronger blockchain technology partnerships with China and there will be closer collaboration between the two formidable blockchain ecosystems. Together, the two governments can harness distributed ledger technologies to more economic development scenarios and industry expansion plans.

A turbulent path ahead

The path ahead will stay packed with curveballs as the cryptocurrency craze is universal and reactionary. Some experts feel Brexit will translate to optimism for the UK to build its innovation muscle, entrepreneurial spirit and tech agility.

“Cryptocurrencies are a global, permissionless and borderless phenomenon. As such, it is less about how will they be affected by the territorial changes and more about how will those territories benefit from the phenomenon as a result of those changes. The EU has had a horrible track record in innovation and economic freedom.

With rules like GDPR [General Data Protection Regulation], astronomical fines slapped on the most innovative companies, trade barriers and tax harmonisation, it is getting more and more difficult to grow presence there and is no wonder its startup scene has been lacklustre compared to much smaller, but more open regions. It is thus hard to imagine, how the UK, which – despite all its shortcomings – has been one of the most economically free places on earth and how it would not benefit from leaving the European Union. And if that will lead into more innovation and success of the startup and in particular cryptocurrency scene in the UK, it should feed back to the global phenomenon of cryptocurrencies and benefit its users and its appraisal around the world,” says Tomas Forgac, independent cryptocurrency author, entrepreneur and advisor.