A Tale of Two Tokens: Is it the Turn of the Tide for Security Tokens and Possibly Super Securities? 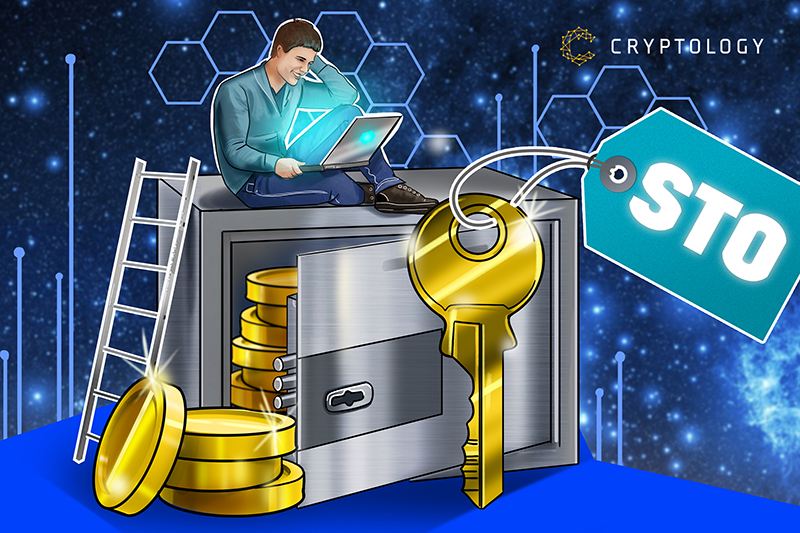 In a competitive financial landscape, ICO funding has become a tough nut to crack that is compounded by the glare of speculation upon security token offerings (or STOs). The challenge can be traced to their unfamiliarity by most financial practitioners. STOs refer to security-type certificates or tokens that are looking to be registered under a legal and regulatory framework.

This uncertainty leads us to address the following questions, “What is the essence of a STO? Is STO a new scam as touted in the ICO case? How should entrepreneurs embrace STO?”

Here are some insights built to help you navigate the world of STOs better and encourage entrepreneurs considering STOs as a tool to secure funding.

STOs (security token offerings) have recently gained an unparalleled popularity in the industry. This unfavourable image is in stark contrast to the high regard many have for funding raising in ICO, which many deem are in winter or bear market.

Some key players in the industry feel that STOs are a more legitimate form of ICOs while other experts including John Ng, Partner of Signum Capital, recognises it as the third wave in both FinTech and funding.

These people include the recently crowned ‘Godfather’ of the Singapore crypto scene, John Ng, Partner of Signum Capital. Ng said, “STO is probably the next big thing in creating value within the blockchain ecosystem. Liquidity brought by institutions and retail investors domestic and foreign will spur the growth of STOs in the coming future.”

Prof David Lee Kuo Chuen from Singapore University of Social Sciences Fintech and Blockchain sees a distinct point of comparison between Security Tokens vs Token Security. Lee is in favour of securitising tokens with assets but is against trading current financial securities, which are already high at risk with STOs.

We see how STOs could be regarded as a legitimate FinTech or funding wave but STOs have a larger untapped potential. STOs could potentially act as a catalyst that could revolutionise the global financial practice of securities tokenisation. With the blockchain technology, securities could be enhanced with beneficial features such as security and immutability to certain extent, cryptography or encryption, removing third-party risk and lower transaction costs. It is possible in future for these to become the standard features in STOs and thus replace existing securities becoming ‘super securities’.

The emergence of the STO is not only limited to resolving challenges of the blockchain application, but present novel ways for securities trading to be conducted. Consider on the one hand a security token, which is produced on the blockchain and that represents a new carrier for current securities.

Meanwhile, it would have the value-creating blockchain characteristics such as the functionality of a distributed ledger and storage, open transparency, and immutability. Together they form a distinct and modern entity, which breathes new life into the securities market, as a whole.

1) STOs can be potentially effective in solving the circulation and liquidity problem. The tokenisation process would increase the ease of transactions with no cross-border restrictions. Right now, cross-border transactions are limited to a few exchanges only, even that can be slow and costly. Token exchanges now operate 24 hours and 365 days a year, trading is relative liquid and transactions are settled T+0, meaning they are settled on the same day. Furthermore, these tokens can be traded in satoshi units, which have 9 decimal places enabling smaller trades to be done and lowering the investment threshold. These practices are absent in the current securities market.

2) STOs could capitalise on the Token as a medium that is built on the blockchain to securitise various forms of assets including both tangible and intangible assets. According to the World Bank, the World Market Capitalisation is estimated at US$79 trillion in 2017, out of which debt comprises some US$105 trillion while real estate volumes total some US$234 trillion. The gap covers other assets that remain to be unsecured such as copyright, art or revenue streams, items which existing securities cannot securitise. STOs have the ability to tackle this problem .

In future, rare artworks could see collective ownership. Paintings from Van Gogh and Picasso could be tokenised and each of us would be able to own a piece of it via ST with a relative ease and security powered by the blockchain.

At the same time, these small units can be traded all the time reinforcing the main premise of liquidity and interoperability. For example, a Grade A office building in the CBD might cost US$200 million, the ability to fractionalise the ownership of the asset makes the investment size more palatable for smaller investors who previously would not be able to afford investment in this asset class.

3) Versatility is another strong suit as STOs can have a high degree of interoperability. What this means is that you can take any form of asset and put it into token form and you may trade it for many other things such as other security tokens, utility tokens or digital currencies. There should not be any restrictions that a security token could only be traded for another security token. The decentralised ledger system also means that it would be more difficult to hack compared to a centralised server system. In that sense, it would make your ownership of the tokens more secure.

STOs would offer more security than other cryptocurrencies as everything is tracked to the individual’s ownership. Unlike Bitcoin, if you are a victim of a hacked account or someone gets hold of your private keys, the Bitcoins in question would most likely be gone and the chances of you proving ownership of the Bitcoins are really small.

In the case of STOs the asset in question will not be gone, the asset(s) will still be there but the ownership will be debatable, however if you have kept enough evidence this could be resolved. Point to note here is that the company issuing the STOs has to go through strict regulatory compliance and KYC. KYC means ‘Know Your Customers’, which also means that the company has to know the true identity of the people that own those securities and they have the rights or ability to assign ownership. It would be redundant to steal as stealing from someone here would mean that you will leave a transaction record on the blockchain, which will get the thief incriminated. Due to this, it is very unlikely that someone would want to steal STOs.

4) STOs would make governance relatively easy as it can be embedded in the smart contracts. The protocol level of the blockchain attribute is automatically executed. This in other words means that the code is the law. While the attitudes and approach of each country towards blockchain might be different, they do not affect the core code that is programmed in the STO in the first place. Therefore, there is uniformity in the governance of STOs of similar structure.

A road less travelled ahead for STs

When STOs are empowered with these features and characteristics it would without a doubt open a new space for financial innovation. This opens the doors for industry chatter that STOs would be the third wave in FinTech. This would undoubtedly open a new path for development of securities and possibly a road for super security.