The World in 2019: What Holds Next for Blockchain and Crypto? 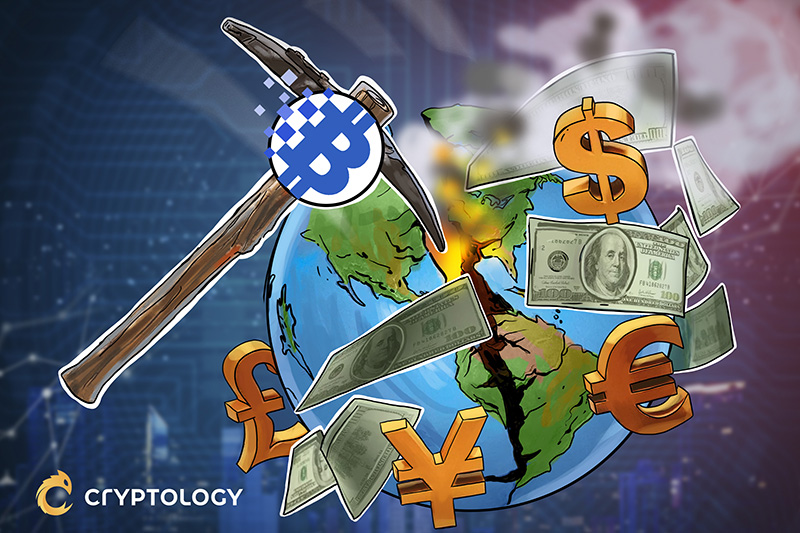 As the year draws to a close, many are left sceptical at a gasping, tentative global economy.

We ask experts and analysts about their thoughts on impending world events and their impact on blockchain and cryptocurrency going forth.

The end of a bull market led by currency downward spirals

In an interview with TIME Money, Nouriel Robini, noted economist and author, foresees a bull market that that will come to a conclusive end. The major currencies of the world will see likely depreciation – with notable dips from political turmoil and upheaval in leadership in the UK, Turkey, Argentina, Indonesia and Italy. Both UK and the Italy have a precarious position with sizeable impact on the larger European economy. The former is caught in unresolved Brexit discussions armed with “drastic consequences” as described by the Guardian and the latter voting on a leadership coalition that is counteracting European Union policies and best practices.

According to the World Economic Forum , countries such as Argentina, Indonesia and Turkey also see troubled times for their economy due to a dependence on foreign investment that typically trickles in. Foreign funding is plugged in to fill trade and government deficits.

Uncertainty of elections in Asia could unearth surprises

Upcoming elections in 2019 including those in Indonesia, India and Thailand could see things shaken up as uncertainty plagues these markets. On the upside, should government policies not iron themselves out, crypto investors still have plenty to look forward to. Goldman Sachs points out that the elections in the region could present policy shifts and market opportunities.

“Cryptocurrencies are hedged against failed government policies, so if anything, crypto investors will be less surprised by any new capital controls or monetary debasements,” added Tomas Forgac, independent cryptocurrency advisor and author.

Trade activity will continue to be more region-intensive in Asean and North Asia as compared to the European Union, according to the Asian Times. This means that there is a possibility of cryptocurrency faring better in markets such as Japan, South Korea, Singapore and Vietnam.

According to Euhler Hermes, China sees a possibly welcome stabilisation. China’s revival could have a domino effect in stabilising other Asian countries, among which include vulnerable states such as Philippines and Indonesia, both who will see enough private demand needed to sustain them.

“ASEAN is an alternative supply chain base for companies looking to diversify from other markets like China. And this has been ongoing for some time — Vietnam for example is a favorite for manufacturing, especially for electronic components and Thailand has been very strong in the automotive sector historically,” said James Yi, Managing Director for Southeast Asia and South Korea, APCO Worldwide.

Blockchain continues to see interest and spike in growth

Financier Worldwide argues that blockchain will continue to grow across industries including capital markets, asset management, banking and insurance. Concerns over efficiency, security and transparency will hinder mainstream adoption. However, analysts at Financier Worldwide argue financial institutions across Europe and Asia are driving solutions for inefficient distribution, transaction speed and regulatory inconsistency.

“There are multiple ways to be exposed to blockchain and firms should consider whether they want to be innovative and ahead of the curve by developing products, purchasing over-the-counter products with proven track records, investing in blockchain companies or gaining some other form of exposure,” says Joaquin Sales, partner at King and Wood Mallesons. Sales adds that currently banks are preoccupied with updating software and this will result in blockchain seeing lagging adoption rates and slower buy-in from institutions.

“Our advice would be to adapt to blockchain technology in a progressive way. Based on the advantages of blockchain, embracing this technology appears necessary. However, as there are still significant matters to be addressed in order for this technology to become widespread, its implementation will not be imminent. Banks, unlike start-ups, have large and expensive legacy computer systems which can slow down innovation.”